Somehow, one day of campaigning for the plight of those affected by gender violence seems woefully insufficient. Lucky, then, that we are on the second day of a 16-day fight against a global pandemic that affects one in every three women worldwide.

16 Days of Activism Against Gender Violence is, well, exactly what it says on the tin. Every 25th November since 1991 – which is also the UN International Day for the Elimination of Violence Against Women (are you noticing a theme here?) – the campaign has kicked off, extending until Human Rights Day on December 10th.

Gender violence leaves no country untouched, so, suitably, over 5000 groups in a staggering 187 countries have taken part: from memorials to art exhibitions, film showings to media campaigns, there are endless ways that people have shown their support. Tiny communities and nation-sprawling organisations alike have all joined in – which perhaps explains why the campaign has been going strong for 22 years. 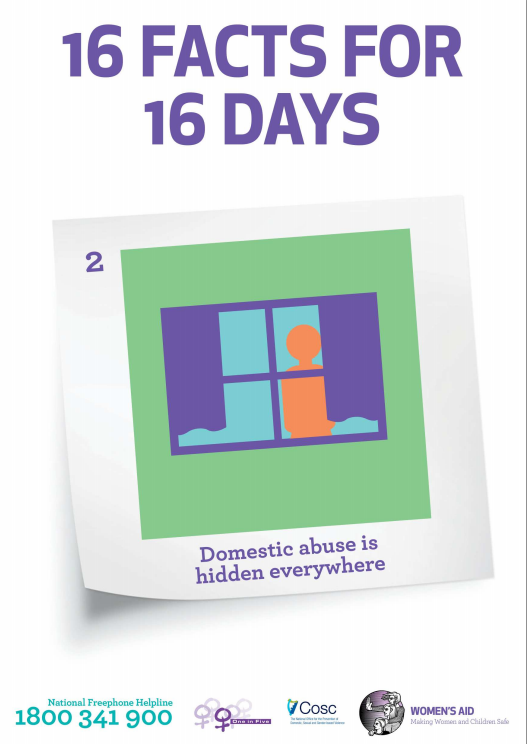 The 16 Days Campaign is very firmly on our radar for its admirable work, as well as some of the harrowing stats we’ve been reading. Worldwide, women between 15 and 44 are more at risk from rape and domestic violence than from cancer, motor accidents, war and malaria. Most often, it happens at the hands of an intimate partner.

And although women make up the majority of the statistics, men too are at risk. Gender violence has a habit of creeping across borders: sexual, geographical, cultural, ethnic and class.

An example of the raw extent of domestic violence, and male violence against women in general, is that of Karen Ingala Smith’s campaign to ‘Count Dead Women’. You can read about it on her blog – but be warned, some of the content may be upsetting. She’s petitioning for ‘a fit-for-purpose record of fatal male violence against women’, and you can sign your support here. Ultimately, she says, ‘I want to see men stop killing women.’

Anything that’s trying to put an end to the sickening act of gender violence, we can get behind. And we hope you can too. Follow the campaign blog on the Women’s Aid website, and don’t forget to have a look at the Amnesty website for some international information. Let’s make these 16 days count.

On our radar: The Body Narratives