Afternoon folks. We haven’t shared any Project news with you in a small while, so we’ve decided to fill you in, Craig-David-style.

Apart from all the other behind-the-scenes bustling we’ve been doing, we’re particularly thrilled by our recent collaboration with the University of Cambridge’s Lucy Cavendish College.

Founded in 1964, it’s one of Cambridge’s newest colleges. It's the only higher education college in the whole of Europe for female students over 21, and it prides itself on its inclusive policies.

It also commits itself to breaking down the remaining barriers between women and higher education – many of its students are parents who juggle motherhood with their studies. And it has some impressive success stories under his belt: call centre supervisor turned lawyer, banker turned medievalist, keyboard player turned physician. 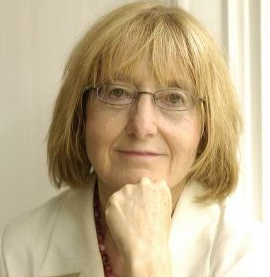 Lucy Cavendish has a pretty great President to its name, too, in the form of Professor Janet Todd OBE. She’s an expert on women in literature, having written dizzying volume after volume on various female authors, including Mary Wollenstonecraft and Jane Austen.

More education for more women in more circumstances – what’s not to love? Lucy Cavendish, we salute you. After all… there is no enjoyment like reading! How much sooner one tires of any thing than of a book!

(That’s a Pride and Prejudice quote. We Googled it. We’re no Janet Todd).

Inspire The Next Generation: What I See Film Competition 2014